Advantages of Alcohol in the Body 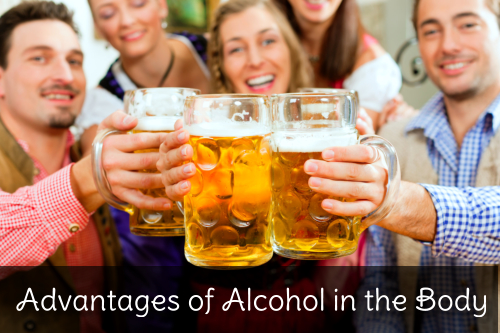 Getting overly drunk on a regular basis, like each week, might not be healthy for your physical and mental well-being. Be that as it may, drinking alcohol moderately may benefit your body positively.

As the leading Liquor Store in Cleveland, Ohio, Tony’s Market reveals these benefits you can get when you consume alcohol once in a while.

Decreasing the risk of Heart Diseases

Drinking alcohol moderately has been proven to give the following effects:

These effects are equally true to both men and women, whether one has been diagnosed of any cardiovascular disease or not.

A study has reported that when a person consumes less than four or two drinks ever day for men and women respectively could possibly reduce the risk of death by 18%. In fact, a meal coupled with wine or other alcoholic drinks, once per day, is another feature of Mediterranean diet. And people who are following this diet live longer compared to those who do not.

There has been two beliefs on the benefits of alcohol on one’s libido. Classic people believe that drinking alcohol would make one’s sex drive weak. Meanwhile, current and more recent studies have proven that drinking protects people against erectile dysfunction in a similar way that red wine might benefit heart disease.

At present, experts are still making further studies on the accuracy of the latter belief.

A study conducted by Carnegie Mellon University has discovered that despite the fact that the susceptibility to common cold is increased by smoking, moderate consumption of alcohol could lead to decreased cases of common colds for nonsmokers. The study was conducted using red wine, and scientists are suspecting that the results have something to do with the antioxidant properties of the wine.

As reported in the journal of Neuropsychiatric Disease and Treatment, consuming small amounts of alcoholic drinks would make brain cells more fit. As these brain cells toughen up, the person would be able to cope up with stress better than those who don’t drink.

Having read these health benefits you can get from drinking, you will now have an excuse to spend the night with a bottle of wine this coming weekend. Nevertheless, you shall never forget one thing- drink moderately!